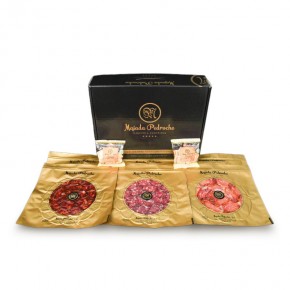 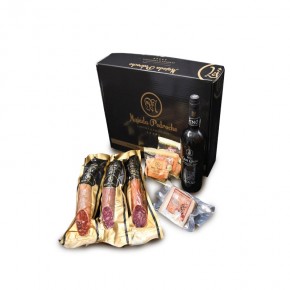 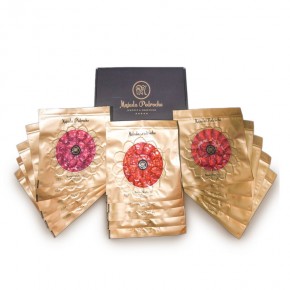 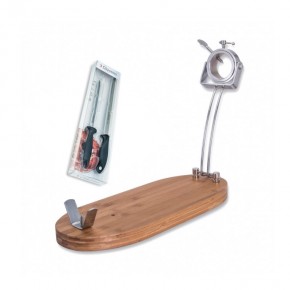 Externally its almost identical. There is little knowledge of the world of ham to see the small differences.

Cebo de Campo and Cebo, both included in the name of Cebo, have great differences where it refers to feeding and breeding method of Iberian pigs, but it is very easy to understand what characteristics one and the other have. In this article I will tell you everything so that you can choose the best Iberico ham according to your preferences.

With this name of Iberico ham, reference is made to hams obtained from pigs which can have an Iberian breed percentage of 50%, 75% and 100%, but the most usual is that they are 50%, leaving the purest breeds for Cebo de campo hams and especially for acorn-fed ones.

Regardless of the purity of the breed, all of them will be identified with the white bridle, a plastic label around the hoof with a number that certifies that it is an Iberico cebo ham. Where the proportion of Iberian breed will be specified is on the Vitola, the paper label where, among other information, the ham brand, the sanitary registration (oval seal), ingredients and nutritional value are shown. In the vitola it will put, giving an example: "Iberico Cebo Ham 50% Iberian Breed".

Feeding of the Iberian Cebo Pig.

Jamon Iberico de Cebo are obtained from pigs that feed exclusively on cereals and legumes. They have never tasted wild grasses or been free-range or semi-free. They are raised on farms, which is called intensive production.

If an Iberian cebo ham is well cured, it is an excellent Iberico ham with a very good taste and smell, but there are some differences with the others, which I will tell you about below.

Like those of cebo, these can have a purity of Iberian breed of 50%, 75% and 100%. In this variant, it is not difficult to find Spanish hams with Protected Designation of Origin (PDO).

The color of the bridle of these hams will always be green, specifying all the other information on the Vitola, including the percentage of Iberian breed. Putting the same example as the previous one, it would appear like this: "Iberian Cebo de Campo Ham 50% Iberian Breed".

This is where the biggest difference lies with respect to iberico hams.

The jamon de cebo de campo Iberico are fed with natural resources present in the pastures. Wild herbs, gall oaks, even on many occasions have access to the acorn, although it is not their basic diet in the fattening stage.

They will always be raised in total freedom, at ease in the fields where they can exercise, which will give a slightly different morphology to the ham, being this more stylized. Even the texture, taste and smell of the meat will be slightly different, giving it more intensity, with notes of flavor and aroma of herbs. Meat will have more fat infiltrated than animals that have exercised. In short, the organoleptic characteristics are obviously going to be different.

Where to Buy Iberico Cebo and Cebo de Campo Hams.

You will see that the price of Iberico ham or Cebo de Campo iberico pork shoulder is higher than bait, since its preparation has been more expensive, as far as pig farming is concerned.

You can buy very good Iberian hams of both denominations of certified quality. What comes into play are your preferences and the intensity of the flavor. The Campo bait is of a superior quality range, where it can be appreciated in the texture, flavor and smell of its meat.

In Jamón Pasión you can buy Cebo de campo iberico pork shoulder online from the most prestigious brands on the market and we will send it directly from the dryer where they rest in the best possible location, away from heat sources and artificial light.