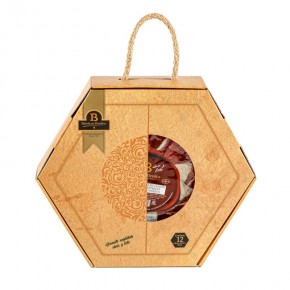 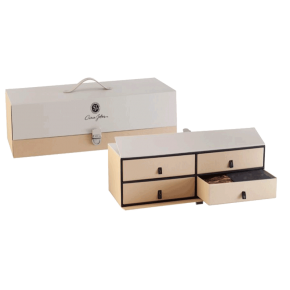 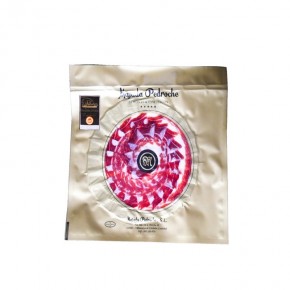 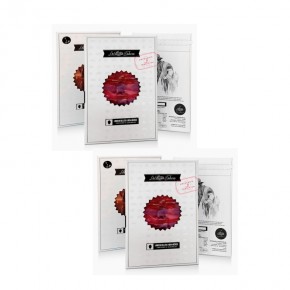 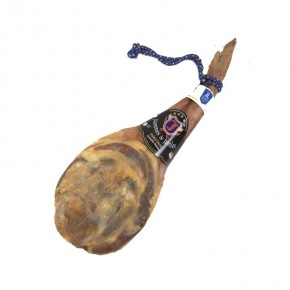 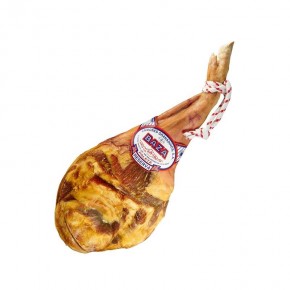 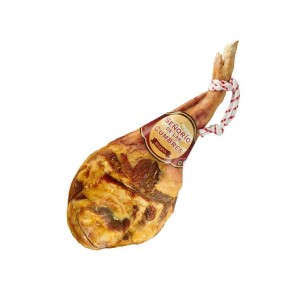 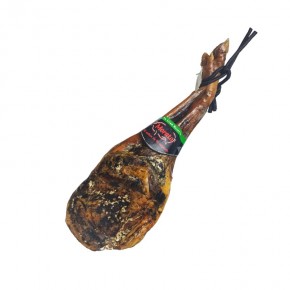 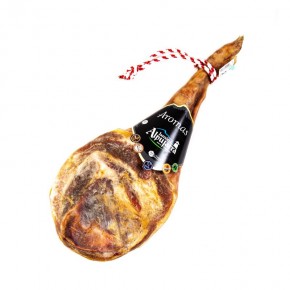 The Serrano ham shoulder, which is also known informally as Paleta de Jamón Serrano or Paleta Serrana, is a product in great demand by ham lovers. The main advantage of buying a Paleta de Serrano is its price, but the quality and particularities of this piece also make it an interesting option.

We offer you a large selection of shoulders of pork from the same producers as the hams, so their quality is guaranteed.

We have pork shoulders of between 4 and 6 kilos from the best brands. You can buy 100% natural shoulders with no additives, Gran Reserva de la Alpujarra shoulders and the exquisite Duroc pork shoulders. For the most demanding, you will also find organic ham shoulders certified by the Ministry of Agriculture, Fisheries and Food.

Although it is sometimes referred to as Paleta de Jamón Serrano, or paleta iberico ham shoulder, it should be pointed out that the correct term is "Paleta Serrana". The reason is that "paleta" refers to the front limbs, while "jamón" refers to the hind limbs. For this reason, talking about Paleta de Jamón Serrano is not the most appropriate, although its use is widespread among consumers and can be useful to distinguish a Paleta Serrana from an Ibérico ham shoulder.

There are certain differences between a Paleta Serrana and a Jamón Serrano. For example, the paleta is smaller and has less variety of nuances in its flavour, but its flavour is always more intense than that of a ham. As a consequence of the latter, some consumers choose to buy an acorn-fed ham shoulder instead of a Serrano ham, especially those who have a palate more prone to strong flavours.

In any case, when buying a Serrano ham shoulder you will find the same categories, associated with their level of quality. They are Bodega, Reserva and Gran Reserva, with curing times slightly shorter than those of a Serrano ham. We can also talk about Duroc shoulders, which refers to the breed of pig used for this shoulder and which is considered to be the highest quality white pig breed. At Jamón Pasión we only sell top-quality Serrano hams and shoulders, which is why you will only find shoulders classified as Reserva, Gran Reserva and Duroc. In addition, many of the hams you will find in our catalogue have the added advantage of being 100% natural, as we specify in each case.

What is the price of a Paleta ham shoulder?

When buying a spanish ham shoulder, the price of a Paleta de Serrano is another factor that tips the scales in favour of this product, as it is the cheapest option for those who wish to buy a whole piece. In other words, buying a Paleta de Ibérico or a acorn-fed Ibérico de Bellota paleta is more expensive if we take into account its price per kg.  On the other hand, if we make a comparison between a Paleta and a Serrano Ham, we will see that the price of the former is also cheaper, although there may be exceptions depending on the producer or the curing time.

On the other hand, what is a general trend are the low prices at Jamón Pasión. We specialise in Serrano Shoulder and Ham, so you will find a wide variety of products from different regions of Spain. And that will allow you to find options adapted to your budget. On the other hand, we launch offers throughout the year, making the final price of many Serrano Shoulders even cheaper.

If you want to discover our promotions and products in stock, take a look at our Paletas Serranas catalogue. You will find important discounts, more than 20% in many cases.