The jamón 100% ibérico de bellota 5 jotas, it comes from a pure iberian breed porks, that is to say, mother and father are 100% iberian race. Their genetic purity, the breeding in freedom in the pastures, and feeding on acorns and wild herbs, confer a high degree of quality, as well as his careful elaboration process, in drying sheds and natural cellars.

The 5J, next to the Sánchez Romero Carvajal (SRC) are among the best Jamon Iberico in the world with origin in Jabugo, thanks to the delicate and traditional process from the breeding of the pig in the Natural Park, to its later treatment of salting, curing and maturation cellar.

When you buy the spanish ham 5 Jotas remove the protective wrapper and place it in a cool and dry place. Once started, you must protect the meat with a layer of fat initial of which has been removed to preserve its stickiness. Always use appropriate utensils and sharp to get the best features of ham. The ideal temperature for consumption are the 20th.

The best way to taste the 5J is only, in thin films, and short coupled with a good bread and oil, although this can also be included in simple recipes with artichokes, broad beans or on a few broken eggs. 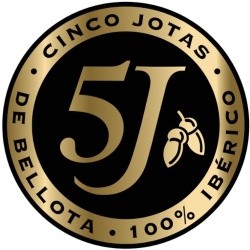 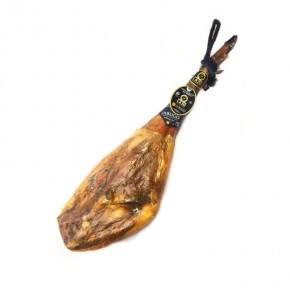 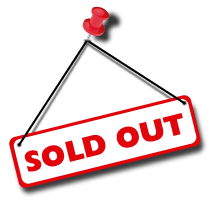 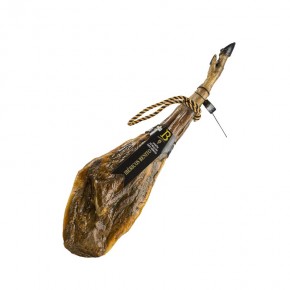 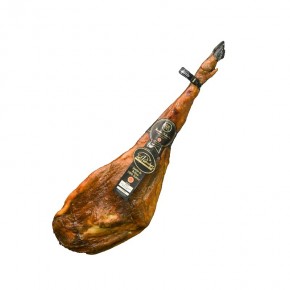